My grandsons inform me that they don’t like soup. My son-in-law doesn’t either. They say that men don’t eat soup. It’s not a proper meal. My daughter says that when she makes it she has to eat it all herself. I don’t think they eat trifle either. This was all a surprise to me. I love soup, particularly home-made, and never considered it might be a gender-dominant issue. I know that there’s a book called ‘Real men won’t eat quiche’ and my own husband would rather eat pork pie. But how is it that food is now divided along gender lines? My Dad would have eaten anything as long as it tasted good. Gender was only an issue when it came to the size of the portions. My Dad and brothers always got the larger portions. As a child it never occurred to me to question it. When my boyfriend (now husband) joined the household they teased him for his bird-like appetite. Mum never got over the fact that he ate less than me and never took ‘seconds’. That was unheard of as the rest of us vied to get the leftovers.

A friend at lunch today, telling us how his friend’s girlfriend has moved into their flat, described her as ‘Not a real woman … She doesn’t cook…’. I nearly choked on my roast! Does this mean that every man still expects his tea on the table, irrespective of talent, availability and fairness?

I have to admit that I do most of the cooking because my husband ‘eats to live’ and would happily live on a diet of fry-ups, roasts and pork chops. It’s fuel for the body in his opinion. Not much more. Whereas I regard feeding people as an act of love. We manage the situation and he will eat most things – except couscous. That’s not for men either, apparently. We’ll all eat cake though.

I wanted one life
You wanted another
We couldn’t have our cake
So we ate each other. 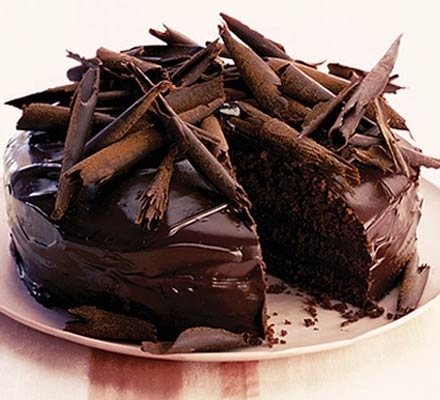 One of my favourite poems is this one by WB Yeats. I tried to memorise it, a line at a time before going to bed. This activity reminds me of school, where they used to make you learn and recite poems. I couldn’t do it then and I can’t do it now. But it’s a beautiful poem. It was brought back to mind when I saw an installation in the Serpentine Gallery in London, by a Brazilian artist called Lygia Pape. There are dozens of golden threads – ‘celestial shards’ – that appear and disappear as you move around with the light shining upon them. I don’t normally appreciate installations but this one was mesmeric.

Had I the heavens’ embroidered cloths,
Enwrought with golden and silver light,
The blue and the dim and the dark cloths
Of night and light and the half-light,
I would spread the cloths under your feet:
But I, being poor, have only my dreams;
I have spread my dreams under your feet;
Tread softly because you tread on my dreams.

Who would have thought it
Don’t you agree
That it’s some achievement
Especially for me
To write my own blog
With some pics and some news
And for book fans amongst you
Hay tales and reviews.

Texts are too brief
Emails forgotten
Letters infrequent
Meetings less often
Blogs are my chance
To attempt to attain
Time to reflect, reconnect
So our friendships sustain.

So thanks to young Dave
For his confidence in me
‘Not too old at 60’
I have to agree
For his design and IT skill
I am the biggest fan
(Unusual for me
To give praise to a man).

I invite you to join me
It could be great fun
We can share things together
And learn things each one.
If you want to write back
And need help with IT
I will ‘lend’ my young mentor
But he doesn’t come free (reasonable though!)