In a country where ‘October’ is ‘Oktober’, ‘Can you’ is ‘Kan du’ and ‘De ringer, de bringer’ is ‘a takeaway’ it’s not difficult to understand the lingo and get by. And all this in 24 hours. Though the Danes make few concessions to the English. Menus and instructions are all in Danish and aren’t always translated (how dare they?!). Names and roads look like eye test charts. Too many consonants like ‘w’, ‘f’ and ‘y’. But that’s ok because most foods are international now you can easily figure out what’s available. Body language and pointing make up for any deficiencies in interpretation. And as a friend of ours says ‘ok’ is the international language for almost everything. Using these techniques we managed to order ‘herrings with onion and capers’, fish and red wine (French. Whoever heard of Danish wine?)

Things not to do in Denmark
1. Jaywalk – the Danes are really law-abiding and don’t cross the road unless the man is green
2. Talk about Sweden
3. Criticise the Royal Family
4. Step out in front of a bike. Everyone rides. It must be safe here as they don’t seem to lock them like we do
5. Mention The Killing. That’s one of the few things we Brits associate with the country and they get fed up with the references
6. Forget to validate your bus or train ticket
7. Talk about ‘the little mermaid’. It’s an embarrassment as it’s so small (a bit like the Mona Lisa to the French).

Facts about Denmark
1. There are more pigs than people (all that bacon!)
2. The population is half that of London
3. The minimum wage is the highest in Europe
4. There is the lowest crime rate in Europe (hence the unlocked bikes)
5. They score the highest in the Happiness Index
6. The Prime Minister is Neil Kinnock’s daughter in law
7. Of the ten most famous Danes in the guide book we’d only heard of two. And they aren’t that well known (Karen Blixen and Helena Christiansen).

If you’re visiting Copenhagan you need a guide book. Otherwise, hoe do you know what to do or what to see – apart from the obvious tourist activities of eating, shopping, gallery hopping? Think about it. What’s the name of the National Gallery? Or the Parlament building? The number one restaurant in the world? Yes the world. Noma. Dave marked it in the guide book when I asked for suggestions where to eat. Needless to say we didn’t.

What can you say about a country whose national anthem is ‘There is a lovely country’? And whenever did they score in Eurovision? We’ll come back. Next time I’ll be better at the language. As long as nobody expects me to speak it. 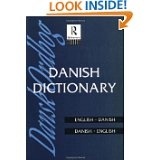