Twenty five years on and the internationally acclaimed Hay Festival is still going strong. It’s usually welly weather and this year is no different. But the weather doesn’t matter to Hay afficianados. We’re in the company of the great and the good, in a literary sense, of course and there is always food for thought. In Hay ideas do matter and our stimulus today came from an interview with Abi Morgan, screenwriter of productions such as The Iron Lady, The Hour, Birdsong and Shame. Modest and self deprecating she talked about her career to date, including the persistence needed to get where she is today. She had waitressed for five years and also worked as a security officer in a warehouse, meanwhile learning her craft. Part of her success, she claimed, came from entering competitions and pitting herself against others. It is a career in which you have to get used to failure. She was the eleventh writer to tackle Birdsong. She was asked by a member of the audience if she ever disliked the production once she saw it. She said ‘Always’. That is what gives her the impetus to carry on. Who was it said ‘Fail once, try again, fail better’ or the like? She told us that her moment of glory was when she pressed the ‘send’ key. She never felt the same high after that; even when the film was made. And she never reads the whole script to herself until after she’s sent it. One thing I learned is that the screenwriter must include directions as well. I suppose it makes sense because you want to make sure that actors interpret your words correctly. I had thought that this might be the director’s role. In discussing whether it was right to show Thatcher as vulnerable Abi Morgan said she was still deliberating about that but in general she didn’t believe that anything should be a taboo subject for art. 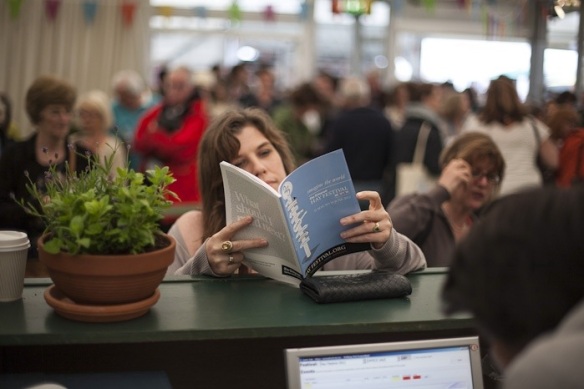